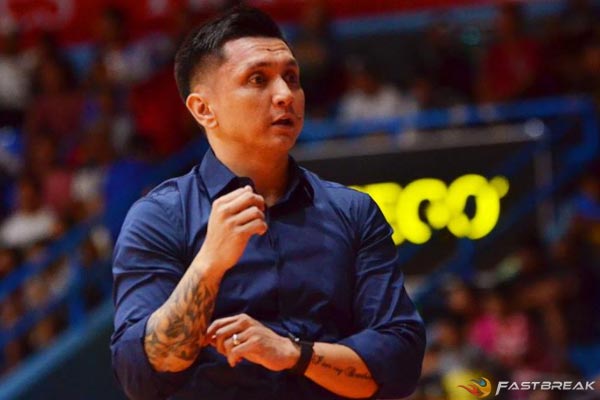 Alapag furious but will not blame refs in setback to Slingers

In the loss of Alab Pilpinas in their home game against the Singapore Slingers, head coach Jimmy Alapag was slapped with a technical foul during the final minutes of the game after complaining to the referees that they missed blowing the whistle on Xavier Alexander’s travelling while putting up a shot.

“It was—I will never blame the referees for the loss but that was a bad call, really bad call,” said Alapag
“With the game still in the balance, 6-point game, two minutes left, you make that call – it wasn’t close. I played for a long time, if it was close – ok, fine!”

The funny part was when the referees admit to him that it was indeed a mistake on not making the call.
“They even told me afterwards, it was our fault. Now we are down 10 and you gave me a technical and you count a shot that shouldn’t be counting. It was a big call.”

Nonetheless, Alapag doesn’t want to blame the referees for their loss but fans started throwing water bottles in the court in disgust.

“Again, it was something I wasn’t happy about but that wasn’t what cost us the game. I think Singapore came out and played a better game today.”

“We’ll regroup and it is a heavy month for us with games. The great thing is, we play again on Sunday. The last thing I want is for us to lose a game like tonight and have a 2-week lay-off like we did to start the season. We will look at the tape and we will get better.”

Balkman is looking for Santos