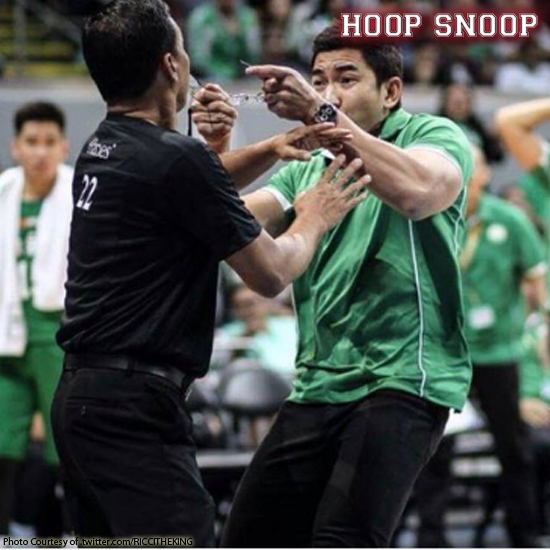 Following a non-call on UE Red Warrior Wilson Bartolome, a disappointed DLSU coach gets ejected after trying to put glasses on referee.

As his point guard Thomas Torres was hit by the UE big man, Coach Ayo borrowed (or snatched, rather) Assistant Coach Siot Tanguingcen’s eyeglasses, walked to a game official –and executes his thug move.

Well, we can’t blame you, Coach.

Clearly the team is in a disarray eversince coach Aldin was ejected in the first half. They are tested right now by this gutsy UE team.