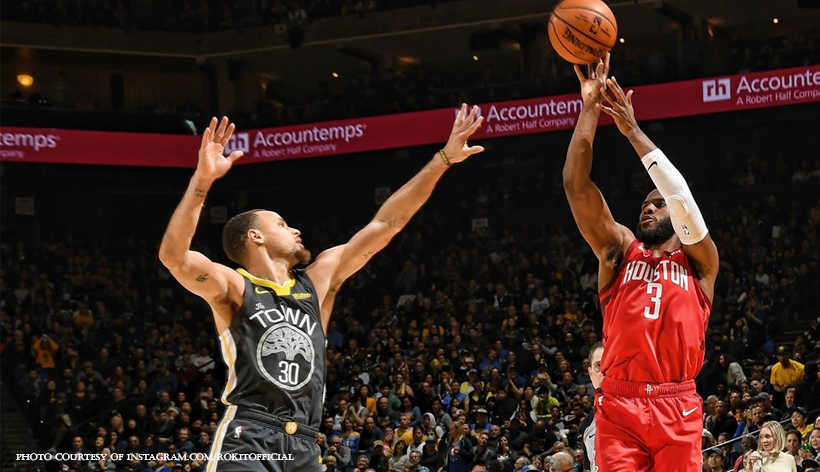 Eric Gordon scored a team high 25 points and Chris Paul had 23 as the Houston Rockets, playing without leading scorer James Harden, used a balanced attack to beat the Golden State Warriors 118-112 on Saturday.

The Rockets won without the reigning NBA most valuable player Harden, who has been bothered by a sore neck of late and then woke up Saturday morning with flu symptoms, the team said.

Harden, who was fined $25,000 earlier Saturday for criticizing the referees after a loss to the Los Angeles Lakers, has missed just four games this season.

Saturday’s win showed the team’s depth without Harden, who has scored 30 or more points in 32 straight games for the second longest streak in league history.

The two-time defending NBA champion Warriors beat the Rockets in a seven-game series last May in the Western Conference finals, but this regular season the tables have turned. Houston has now won all three meetings with Golden State this season, including a 107-86 rout in November.

Paul converted two clutch free throws with 68 seconds left in the fourth and Gordon nailed four three pointers for the Rockets, who had to use different means to beat the Warriors.

When the Rockets blew a big lead and lost to the Lakers 111-106 on Thursday night, it left analysts wondering if the team was relying too much on Harden and whether or not his streak had become a distraction.

P.J. Tucker tallied 18 points and 10 rebounds and Gerald Green scored 10 points as the Rockets ran off to a 20-point lead in the first half. Clint Capela grabbed 15 rebounds.

Paul dished out 11 of his season-high 17 assists in the first half to reach 9,000 for his career as the Rockets avoided a third straight road loss.

Pogoy returns for Gilas against Kazakhstan