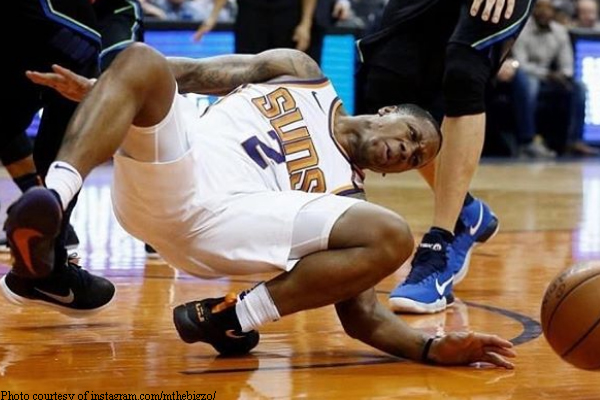 Phoenix guard Isaiah Canaan suffered a grisly broken left ankle on Wednesday in the first quarter of the Suns’ NBA game against the Dallas Mavericks.

Canaan had slashed to the rim for a layup in the waning seconds of the quarter and came down awkwardly, his left leg twisting beneath him.

He sat still on the court awaiting aid from medical staff and was eventually taken off on a stretcher as shocked teammates and opponents looked on.

The Suns issued a brief update on Twitter, saying Canaan had a left ankle fracture.

Canaan, a second-round selection in the 2013 NBA draft, was averaging 9.4 points and 4.2 assists per game for the Suns, his fourth NBA team. (AFP)