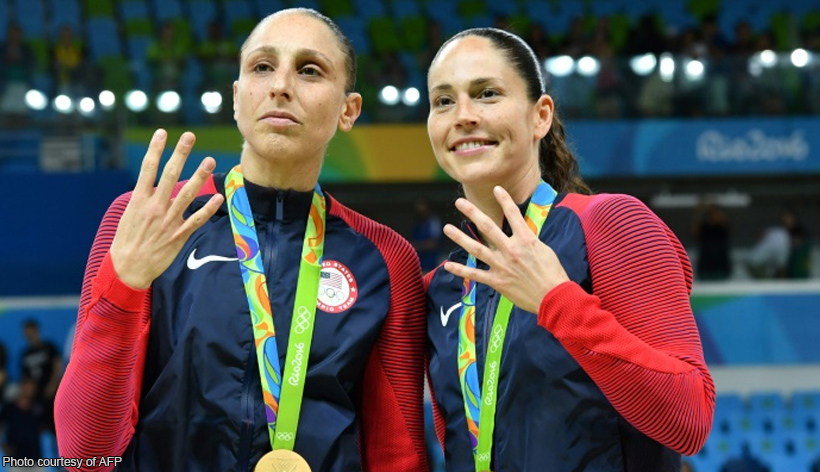 Four-time Olympic champion guards Diana Taurasi, 36, and Sue Bird, 37, are among eight players who will take part in five of seven sessions from November to April with other US national team players taking part as schedules allow during the off-season for the Women’s NBA.

The US women, who won their third consecutive women’s world crown last year, seek a seventh consecutive Olympic gold medal and ninth in their past 10 attempts.

That would match the American men’s gold run from 1936-1968 as the longest by any team in all Olympic sports.

Starting with a home-court title at the 1984 Los Angeles Games, the US women are 63-1 in Olympic play, losing only a 1992 semi-final to the Commonwealth of Independent States collection of former Soviet Union talent.

The Americans clinched their spot in Tokyo by taking their seventh world crown in nine attempts last year.

“Every year it gets tougher,” said Taurasi. “Every competition gets a little bit harder. So this is a great opportunity to train, play, be in competitive situations with a team that hopefully is going to Tokyo to win a gold medal.

“We know how important it is to have a good last hurrah. We brainstormed with a couple other players and put together a plan. It’s just something that came together literally at dinner on a piece of paper with some crayons.”

US coach Dawn Staley was glad to see extra resources for her team in the wake of a second consecutive title by the US Women’s World Cup football side and the 2018 US Women’s Olympic ice hockey team.

“I’m happy about it because it gives us more opportunity to prep,” Staley said. “This program gives us an opportunity to keep a core group of players together and to build chemistry and cohesion while some of our other players are overseas playing.”